It’s shocking to think that most students approach choosing a dorm as an afterthought. When you add it all up, you’re actually going to spend far more time in your residence hall than you are any other place on campus.

Your living situation can and will have an impact on your capacity to succeed while in college. Persons who are forced to reside in substandard conditions that aren’t conducive to good study habits may find themselves struggling to keep up with assignments and maintain exceptional grades. Or, they simply won’t have as much fun (or they’ll have too much fun).

The following guide will illustrate some of the dorm-related things to think about as you select your college. While none of these should necessarily be a deal-breaker when choosing the college of your dreams, they should at least play a part in your ultimate decision.

Size Up The Situation

Dorm size at most college campuses is, to put this in the nicest way possible, cozy. According to this admittedly older article from Galesburg.com, the average dorm size equates to 228 square feet. 228!

That’s barely enough room to fit a videogame system and television (or, when you talk about it with mom and dad, your books and study materials). It’s not to say that you can’t succeed when you live in a dorm that’s the size of your current bedroom or smaller, but it does mean that you’ll have to alter your lifestyle accordingly, particularly if you have a roommate.

Choosing a college that offers different types of living accommodations might be something to think about. At Nebraska Methodist College, our 1-Bedroom Apartments (yes, apartments. We refuse to call them dorms) are 760-790 square feet, with your own bathroom, living room, kitchen and bedroom separated from each other. And our 2-Bedroom units are 960 to 1,000 square feet.

That extra space may not seem like a big deal, but you will notice quickly if it’s taken away and you’re forced to coexist in a space the size of a broom closet.

Is Choice A Choice?

Many colleges still opt to require first-time freshmen to live on campus for one or two years, usually in one of the aforementioned tiny dorms. It may not be until your junior year that you even have the option to put in for a bigger apartment-style living space, and the waitlist for those spaces could be competitive. You may be looking at a lottery system to determine if you’ll even get in.

As you apply for schools, you’ll want to pay attention to which ones require you to live on campus, what that campus housing comes with (meal plans, parking, etc.) and what kinds of housing options you actually have. What you’ll quickly realize is that you really don’t have much choice at some very big-name schools.

Now comes the big question: do you want a roommate?

Your first option is to live alone. At many colleges, you’ll have to pay an upcharge in order to rent an entire dorm to yourself. And there’s an argument to be made that living by oneself can undermine the social component of college that’s so important to success. However, if you feel that you are at your best when you can be completely uninterrupted while sleeping and/or studying, then living by yourself may be something to consider.

The majority of freshmen, though, opt to live with a roommate. Often, a college will pair you up with a random person, possibly within a similar major, to share living quarters.

This is where that size question comes back into play. In an apartment-style situation, you would have a shared commons area but you would also each have your own room, giving you the chance to have a private moment when you so choose.

In the standard dormitory situation, though, you really do have to learn to live with your roommates’ quirks and habits. You may both jockey for the television at the same time, or one person could have friends over at 2 am on a Wednesday while you’re trying to study for a test the next day. Developing a roommate contract with the other person can alleviate some of these stresses, but issues can and will arise nevertheless.

Whether or not you want a roommate is up to you, but sharing is a lot easier in an apartment-style dorm than a dorm-dorm.

Then there’s the possibility of simply deciding to live off-campus (that is, if your college allows you to do so).

Many college students opt to live at home while they’re in college to save money, and there’s definitely nothing wrong with that. Others crave independence but don’t necessarily want to live super close to the college they’re attending, so they get an apartment instead. This is an appealing option for many transfer students and anyone who has a job they’ll need to travel to often.

If living off-campus is the most appealing option, definitely think about transportation. Is there a bus route you could take? Are you close enough to bike? If you drive, how much will parking be, and will that cost plus gas offset what you might save by moving off-campus?

Also factor in groceries and utilities, which you may not have to worry about on-campus. You should also take the neighborhood itself into consideration. Living on campus could cost a little bit more, but you may benefit from campus security, ample lighting and a constant presence of people to boost safety.

What Do You Prefer?

Then there are all those other intangibles that go into making a decision about the kind of space you want to live in.

What are your study habits? Do you prefer the peace and quiet or are you a coffeehouse person? Are you okay with interruptions both pleasant (“come play Ultimate Frisbee!”) and unpleasant (“I don’t care if you’re studying, I have a bass guitar to play!”)? Some people wind up studying at the student union or a coffeehouse precisely because their dorm situation is too distracting.

Do you want to be able to cook in your room? Or walk to class? Are you okay with the showers and bathroom potentially being all the way down the hall, or would you prefer to have them in your own room?

A living area shouldn’t be the deciding factor when it comes to choosing your college, but it should certainly be a factor. Thinking about this now could prevent you from being in an unpleasant living situation later. 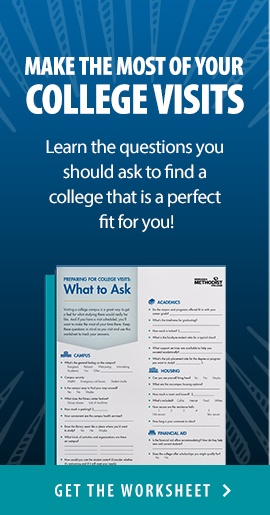