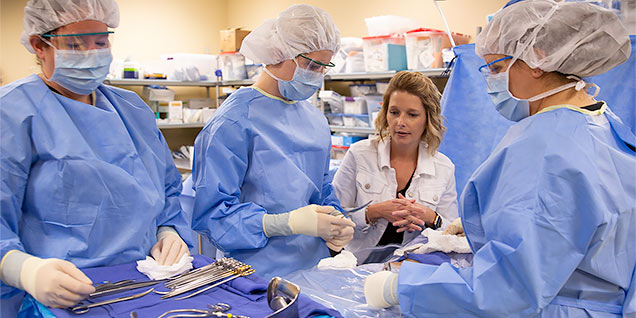 No one interacts with surgical technologists firsthand quite like surgeons do. So what better way to get an inside peek at life as a surg tech than to speak with a prominent surgeon?

I recently spoke with Dr. Bill Thorell, MD, Director of Cerebrovascular Neurosurgery for Nebraska Medicine, to find out what he looks for in a surgical technologist. Dr. Thorell speaks to Nebraska Methodist College surg tech students every year, and his presentation is eye-opening to those who are about to embark on their own careers in the operating room.

If you’re at all interested in the field of surgical technology, then you’ll definitely want to hear his thoughts on what makes a good surg tech.

Technical Knowhow Is Only The Beginning

Before I interviewed Dr. Thorell, I assumed he would talk to me about the different techniques that surgical technologists use to succeed or how they must keep up to date with changes in the industry and advances in instrumentation.

While Dr. Thorell acknowledged that such subjects are certainly important, he stressed that things like knowing the instruments are really only the beginning of a surgical technologist’s education. The best surg techs let their technical expertise act as a baseline for their skills in the surgical theatre.

Surg techs sometimes have to act as de facto translators. They may know the exact name of an instrument, but in the heat of an intense procedure, a surgeon might only describe what the instrument does or even call it a “thingamajig.”

It’s up to the surg tech to recognize precisely what the surgeon wants, that when he or she points to the “whatchamacallit,” they’ll know to reach for the trocar rather than waste precious time questioning what they’re supposed to be attaining. Without picking up on those cues, the surgeon will have to spend time clearing things up. The surg tech who is able to cut out that step becomes a valuable asset. Not only are no two cases alike, but no two surgeons are alike either. As a result, fairly similar procedures could be conducted using different techniques depending on the surgeon taking the lead.

As Dr. Thorell puts it, every surgeon has his or her idiosyncrasies. It’s up to surg techs to recognize each surgeon’s strengths and anticipate ways to make the process as smooth as possible. Dr. Thorell acknowledges that while he might prefer it when a surg tech prepares the instruments in a certain way or facilitates procedures using one technique, another surgeon may prefer things the opposite.

A good surg tech, therefore, picks up on the subtle nuances of each surgeon they work with. They’ll understand what’s expected in each case and be able to react accordingly. It takes time to develop this rapport, but when it comes, it can make the surgical process that much more successful.

In surgery, there’s a time and place for everything. During lengthy procedures, the surgical team might be sufficiently at ease to have conversations that are fairly light in tone. It might not even be inappropriate to talk about pop culture or tell a joke.

Dr. Thorell notes, however, that one of the most important skills to learn is how to read the emotions of the people in the room. When an operation takes a turn that no one was expecting, things can get tense quickly, and the topic of the local sports team is no longer acceptable now that everyone is focused on saving a life. You need to react swiftly and adjust your technique accordingly when the tone shifts.

This kind of intuition doesn’t always come easily. It may take months or years of working with a team to recognize when each individual is stressed or how to interact with them in a way that doesn’t contribute to an already precarious situation. But Dr. Thorell stressed that picking up on such verbal or non-verbal cues can be critical for success.

He also acknowledges that a great surg tech has to prepare himself or herself mentally and emotionally for the experience. You’re going to have bad days, but Dr. Thorell says that surg techs must be able to let that go and move from one case to the next. You can’t let what happened yesterday or even what happened an hour ago affect right now.

It takes a special kind of person to handle those complex emotions, but the best surg techs do so fantastically.

Dr. Thorell describes surg techs as knowledge-based healthcare workers. When I ask him to explain, he says that they have a certain level of knowledge that surgeons depend on. It’s a different skillset than surgeons, but it is certainly a skillset, and an important one at that.

Surgeons are relying on the people around them to do their part. Dr. Thorell encourages surg techs to own their knowledge, saying he worries that they might undervalue the skills they bring to the table. He asks that surg techs not just assume the surgeon will know something. When a surg tech is confident in their own knowledge, they’ll be able to provide a valuable resource to the surgeon conducting the operation.

Surgical technologists are critical for producing positive outcomes for patients. When a surg tech has technical knowledge and then is able to combine that with the traits described by Dr. Thorell, he or she is able to thrive in an environment that can be stressful yet also highly rewarding.

Dr. Thorell acknowledges how grateful he himself is when he can rely on a surg tech during an operation. He respects the unique qualifications they have and what they’re able to contribute, and he continues to encourage students at Nebraska Methodist College and elsewhere to have faith in themselves and their ability to make a difference during an operation. 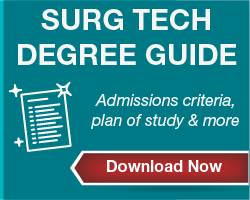