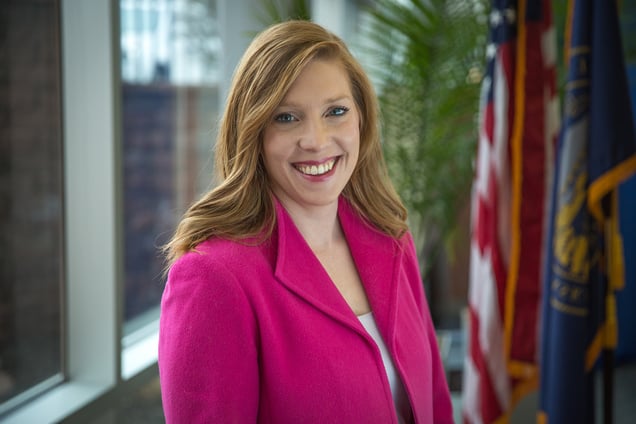 April is Sexual Assault Awareness Month, a time to raise awareness and to celebrate progress made possible by special people like NMC alum Anne Boatright (MSN, 2015).

A decade ago, when Anne Boatright, MSN, RN, SANE, FNE, was just starting her nursing career, she began to understand the terrible impact of sexual assault.

“I was working in a hospital’s emergency department at the time and saw a void in the E.D. care,” said Anne. “No one was trained in sexual assault.”

Undaunted by the complexity of the problem, Anne stepped forward to learn more, do more and forge solutions for those whose lives are touched by sexual assault. She focused first on the unmet needs of victims and then on the needs of medical responders, law enforcement and entire communities.

It’s a journey that has earned Anne national recognition for her transformational leadership, as well as her current position as State Forensic Nursing Coordinator within the Criminal Bureau of the Nebraska Attorney General’s Office.

An Omaha native, Anne always knew what she wanted to be when she grew up.

Anne began her career working in intensive care before specializing in emergency-trauma nursing. She quickly discovered a passion for working with a specific patient population: the sexual assault victims who came to the E.D. Determined to give them the best care and most compassionate support possible, Anne realized she needed more specialized knowledge.

“In 2009, I completed the first SANE training course hosted by Methodist Hospital and Nebraska Methodist College,” said Anne. “I knew this was the right thing for my patients and for me.”

Anne became a Sexual Assault Nurse Examiner (SANE), which qualified her to work as a member of a Sexual Assault Response Team (SART). Later that year, she joined the team of the Heidi Wilke SANE/SART Survivor Program at Methodist Hospital, the first SANE/SART program in the Omaha area.

In 2011, Anne was named the program’s coordinator, heading a team of highly skilled and compassionate caregivers and patient advocates. Under her leadership and with strong support from Methodist Health System, the program kept growing to meet community needs, providing 24/7 coverage at both Methodist Hospital and Methodist Women’s Hospital.

As a nurse and coordinator of this essential program, Anne was committed to furthering her education.

“The program deserved it,” said Anne, “and I knew graduate-level education would help me advance the work and the message.”

Anne earned her MSN Nurse Executive degree at NMC. Anne said that as a mother of two young children, balancing her career and family with graduate school was difficult but doable. What made the difference for her was the unique format of the online program: each five-week session of intensive study is followed by a week-long break.

“It’s not an easy program, but every instructor is supportive and helpful,” said Anne. “They keep students challenged and engaged, and I’ll be forever grateful for what I’ve learned and all they’ve done for me.”

Anne went on to develop additional specialized training so the team she led could continue providing the latest evidence-based care while caring for greater numbers and types of victims in both emergency department and inpatient settings.

“We could see the national trends and growing need in the community,” Anne said, “so we expanded Methodist’s program to also help victims of domestic violence, sex trafficking and strangulation.”

Sharing her expertise beyond the hospital setting, Anne has provided training to emergency responders, advocacy agencies and area hospitals and schools. She has served on the Douglas County and the Sarpy County Sexual Assault Response teams, assisted the Federal Bureau of Investigation with human trafficking sting operations and remained a core member of the Nebraska Human Trafficking Task Force.

An advocate for systemic change, Anne worked with the Attorney General’s office to help Nebraska State Senators draft legislation to ensure the best standard of care for every sexual assault victim.

“We proposed a new statewide program with funding for one easy-to-use, best-practice evidence collection kit,” said Anne. “Victims should never see a bill for these kits, and no hospital or law enforcement agency should have to struggle to pay for the supplies necessary to perform a forensic medical examination after a sexual assault.”

In recognition of her support and advocacy for sexual assault victims, Anne received the 2016 Magnet Nurse of the Year Transformational Leadership Award, becoming the first nurse in Nebraska to earn this national honor. (Anne is second from right in photo above.)

In 2017, Anne was selected to serve as Nebraska’s first State Forensic Nursing Coordinator. She now oversees the state program she helped to create. She also continues education, advocacy and proactive operations for victims of sexual assault and human trafficking.

“I am proud that we are a state that has taken a stand against sexual violence,” said Anne. “Nebraska is leading the way with people and programs to help victims, and we will continue to fight. This is just the beginning!”

Anne Boatright will be joining the panel of Methodist SANE nurses, survivors, members of the media and representatives of such agencies as the Women’s Fund of Omaha, Women’s Center for Advancement, UNO, Creighton, law enforcement and Douglas County prosecutors. 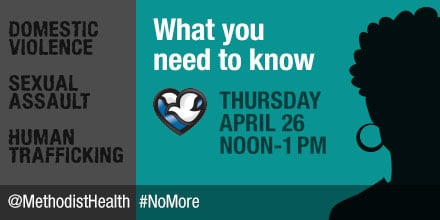