Why Peggy Dyer Went Back for Her BSN – 37 Years Later 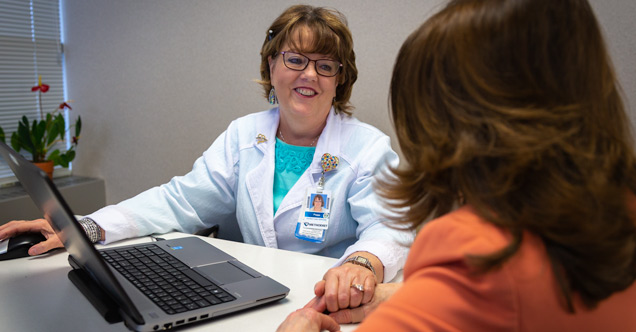 Peggy Dyer, 63, graduated from a diploma nursing program in western Nebraska in 1976, the same year Apple Computer was founded, the original “Rocky” debuted in movie theaters, and gasoline cost a whopping 59 cents a gallon.

Peggy has a message for any RN wondering if it’s too late or too hard to go back to school for a BSN degree:

“I grew up on a farm in Monroe, Nebraska,” Peggy said, “and from age 12 when I had my appendix out, I knew I wanted to be a nurse.”

Peggy said she was thrilled to land her first nursing job at Methodist Hospital in Omaha, and she is delighted to still be working for Methodist.

“I started in med-surg, then went to high-risk OB, and then to oncology, where I stayed many years and was a core nurse,” Peggy said.

Over the years, there were accolades. Peggy received the March of Dimes Clinical Excellence award, which recognizes nurses who spend their careers in direct patient care providing the highest level of care and compassion. She was honored as an employee of the month.

And, as the years passed, Peggy began to think about returning to school for a BSN.

“The seeds were planted during an AgeWISE Summit I attended in 2010,” Peggy said. “The focus on geropalliative care reignited my passion for nursing, especially in helping patients and families with the end of life.”

Peggy found herself surrounded by bright and talented nurses and physicians, all with advanced degrees. She realized she was the least educated one at the conference.

Peggy mentioned this to another attendee, who said, “Well, what will you do about it?”

At the next year’s conference, the same person asked, “Peggy, have you decided to go back to school?” 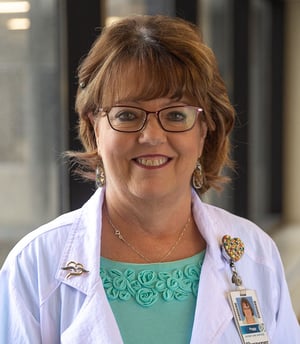 Peggy wanted to accomplish much more professionally, yet she knew that soon she would have to step down from her position as oncology nurse coordinator. Her RN would no longer be enough. A BSN degree was the new prerequisite.

Plus, Peggy felt called toward palliative care, yet she needed a BSN to be considered for the role she wanted.

“My decision to get my BSN was a hard one to make,” Peggy said.

She worried about whether she could go to college at 58. Could she handle the material? The work/family/school balance? The computer technology?

A colleague asked, “Peggy, are you sure you can take college courses online when you don’t even know how to copy and paste?”

“I prayed about it,” Peggy said, “and realized I can do this.”

And so, 37 years after earning her RN, Peggy enrolled in the online RN to BSN program at Nebraska Methodist College. As a Methodist employee, Peggy met the specific requirements to have her tuition paid through the Methodist Health System Academy Program.

“I did the 5-week classes, one at a time, with a 1-week break between classes,” Peggy said. “while I continued working fulltime at Methodist.”

Peggy says her husband and four sons were completely supportive throughout her journey, and they came to her rescue with computer support on more than one occasion.

“I’m more comfortable with technology now,” Peggy says, “but I was definitely a paper-and-pencil person at the start of the program.”

Peggy would write her papers out in longhand, then key them in to submit online.

“I’ve always been a night owl, so I stayed up late to study,” Peggy said. “I didn’t miss out on any family functions, just shortened my stay when I had to do homework. The balance was there. I still put my family first.” 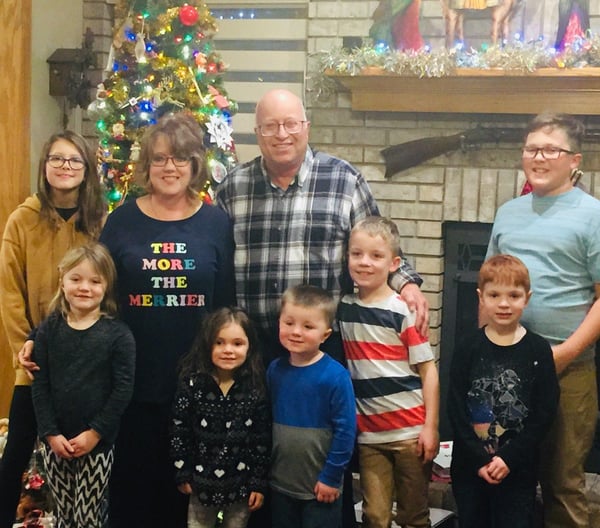 While studying, Peggy often listened to a favorite song that became her anthem, “Overcomer” by Mandisa, with lyrics that include:

Stay in the fight ‘til the final round.
You're not going under
Cause God is holding you right now.
You might be down for a moment
Feeling like it's hopeless.
That's when He reminds you
That you're an overcomer.
You're an overcomer!

Peggy overcame every challenge and graduated with her BSN in August 2014. She remembers crying with happiness while walking to get her diploma and seeing her youngest son grinning from ear to ear.

“It was a huge accomplishment!” Peggy said. “I told my sons if I could do this at my age, they can do anything.”

Today, Peggy is in the nursing role she wanted, working in Methodist’s Palliative Care department and drawing upon much of the knowledge gained while earning her BSN.

The advantages of the degree are many, Peggy says, starting with personal satisfaction and opportunities for career advancement.

As Peggy pointed out via text message during her recent vacation in Maui with her husband, Mike: BSN pay can make a trip to Hawaii more affordable.

“I recommend a BSN to other diploma- and ADN-prepared nurses, telling them I did it, and they can too,” Peggy said. “When you put your mind to do something, you get it done!”

Editor’s Note: This is an update to the 2013 blog “Why Should I Get My BSN Degree? Peggy Dyer Answers.” 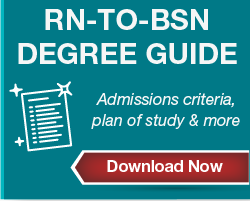